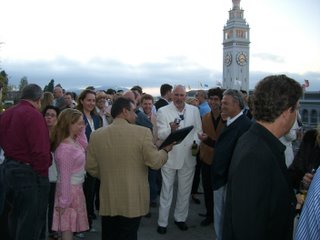 Many of us who have known Om Malik since his Red Herring days are not surprised at the success he has had with GigaOm, a must-read Silicon Valley blog. Om has now quit his day job as a reporter at Business 2.0 to pursue GigaOm full-time. On Friday, Josh Quittner, Business 2.0's editor, threw a fête for Om, who will continue his association with the magazine as a columnist. Way to go, Om! (Here are some more pictures.)
on 7/31/2006

Tripping on The Long Tail

But Gomes does not stop there.

Mr. Anderson told me the lack of an example of misses outselling hits doesn't diminish his basic point, which he said is simply that the role of the tail "is big and getting bigger."

By Mr. Anderson's calculation, 25% of Amazon's sales are from its tail, as they involve books you can't find at a traditional retailer. But using another analysis of those numbers -- an analysis that Mr. Anderson argues isn't meaningful -- you can show that 2.7% of Amazon's titles produce a whopping 75% of its revenues. Not quite as impressive.

Another theme of the book is that "hits are starting to rule less." But when I looked online, I was surprised to see what seemed like the opposite. Ecast says 10% of its songs account for roughly 90% of its streams; monthly data from Rhapsody showed the top 10% songs getting 86% of streams.

Bloglines, the widely used blog-reading tool, lists 1.2 million blogs; real ones, not computer-generated "spam blogs." The top 10% of feeds grab 88% of all subscriptions. And 35% have no current subscribers at all -- there's clearly no 98 Percent Rule in the blogosphere.

At Apple's iTunes, one person who has seen the data -- which Apple doesn't disclose -- said sales "closely track Billboard. It's a hits business. The data tend to refute 'The Long Tail.' 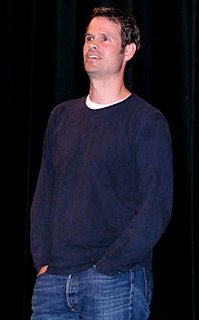 The passion that people feel for Pandora is remarkable, especially since the company engages in little to no overt marketing. Here are CNET's impressions of a user meeting that Pandora founder Tim Westergren recently led.
on 7/21/2006

Email ThisBlogThis!Share to TwitterShare to FacebookShare to Pinterest
Labels: Pandora

Market Insight has launched a product advisor for notebooks and tablet PCs. Using this Web site, you can weigh various preferences against each other to determine the right computer for you. Market Insight also offers product advisors for cars, cell phones, digital cameras, PDAs, and TVs. Check it out!
on 7/20/2006

Pandora works by asking you to pick your favorite artists and then programs a radio station for you. You can tweak the selections by giving thumbs up or down to a tune (when a Ratt song stuck its snout into a session, I exterminated it quickly) or by adding a new artist to the mix. One of the songs may well introduce you to a great band you never heard of—or it may expose the fact that you have a recessive musical gene for something completely unexpected. Westergren sometimes gets searing missives from rock snobs who are outraged that Pandora had concluded they might like Céline Dion. ("It's a social objection," he says. "So what if she's doing Las Vegas—she can sing!") The ad-supported site went public last November, and Westergren says he has more than 2 million users.
on 7/17/2006

Email ThisBlogThis!Share to TwitterShare to FacebookShare to Pinterest
Labels: Pandora

The Picky VC takes on open source applications. Once again, he lets the chips fall where they may ...

At the risk of incurring the [wrath of] those who have already placed bets on the near-term successiirgk of open source enterprise apps, I'd like to point out a few structural impediments to near-term mass adoption of these "products." Oops, did I upset the open source purists by calling them products instead of "projects?" Well, I hope they are products, since the CIO does not want to buy your cool work in progress.
on 7/16/2006

Email ThisBlogThis!Share to TwitterShare to FacebookShare to Pinterest
Labels: Palamida

Is the Trend Google's Friend

Google Trends is another fascinating addition to Google's quiver. My search produced a couple of interesting results: interest in the search term "venture capital" has declined over the last two years; in fact, the very trendy "Web 2.0" eclipsed it in December. But Google has not had a "hit" in a long time. As Business Week points out in its July 10th edition, "An analysis of some two dozen new ventures launched over the past four years shows that Google has yet to establish a single market leader outside its core search business, where it continues to chew up Microsoft and Yahoo." Does Google need a hit? With a market cap of $122 billion, quarterly revenues in excess of $2 billion, and net profit margins of 26%, maybe not. But the media and Wall Street seem to expect something more from Google than better search: Google is now seen as a media company. In the media business, when a company releases a number of properties that fail to garner consumer interest, its stock suffers. One wonders if Google's disappointing record with new consumer applications will soon catch up with it.
on 7/05/2006